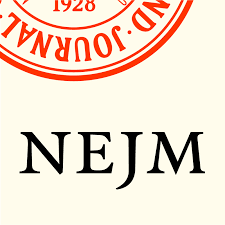 Arturo Tozzi
Center for Nonlinear Science, Department of Physics, University of North Texas, 1155 Union Circle, #311427, Denton, TX, 76203-5017, US
Received 28 May 2019, Revised 22 August 2019, Accepted 7 September 2019, Available online 13 September 2019.
https://doi.org/10.1016/j.pbiomolbio.2019.09.001
Dewetting transition - a concept borrowed from fluid mechanics - is a physiological process that takes place inside the hydrophobic pores of ion channels. This transient phenomenon causes a metastable state that forbids water molecules to cross microscopic receptor cavities. This leads to a decreased conductance, a closure of the pore and, subsequently, severe impairment of cellular performance. We suggest that artificially-provoked dewetting transition in ion channel hydrophobic pores might stand for a molecular candidate to erase detrimental organisms, such as viruses, bacteria, and cancer cells. We describe a novel type of high-affinity monoclonal antibody, that: a) targets specific trans-membrane receptor structures of harmful or redundant cells; b) is equipped with lipophilic and/or hydrophobic fragments that prevent physiological water flow inside ion channels. Therefore, we achieve an artificial dewetting transition inside receptor cavities, that causes discontinuity within transmembrane ionic flows, channel blockage, and subsequent damage of morbid cells. As an example, we describe dewetting monoclonal antibodies that target the M2 channel of the Influenza A virus: they might prevent water from entering pores thus leading to virion impairment.

Against Propranolol in infantile hemangiomas

The article by Léauté-Labrèze et al. emphasizes the therapeutic efficacy and the short-term safety of propranolol in the treatment of infantile hemangiomas. However, recent studies raise concerns about potential long-term neurodevelopmental or cognitive effects of the highly lipophilic propranolol.  Indeed, lipophilic beta-blockers cross the blood–brain barrier, leading to sleep and memory disturbance.3 For example, sleep disturbance, somnolence, and irritability have been observed in many infants treated with propranolol, and this drug has been shown to decrease specific memory functions in adults. A recent review suggested the possibility that blockage of neural pathways critical for learning and memory could be an unrecognized long-term side effect of propranolol in infants.6 Further long-term studies are thus needed before clinicians  routinely suggest the use of propranolol in the treatment of infantile hemangiomas.  PDF

The erratic extent of aganglionic and hypoganglionic segments in Hirschsprung’s disease (HD) makes it difficult to predict the amount of the intestine to remove in order to restore the proper functional motility.  Our aim was to assess whether the embryonic rostro-caudal intestinal colonization by neuroblasts from the neural crest follows a predictable pattern in HD.  In touch with Turing’s reaction diffusion model (RD), which describes biological patterns (such as leopard spots and lung branching morphogenesis) in terms of interactions/competitions between activating and inhibiting factors, we hypothesized that intestinal neural density could be triggered by local gut factors that counteract the proximal-distal embryonic progression of neural progenitors.  While the neuronal number is approximately the same throughout the whole intestine in healthy subjects, in HD neural density decreases rostro-caudally towards the rectal region, due to an augmented activity and concentration of distal local inhibitors.  In order to prove our hypothesis of HD’s nervous rostro-caudal adjustments driven by Turing-like processes, we compared the neuronal density patterns achieved through RD models’ simulations with the neuronal numbers detected in different colonic regions from affected children. We showed that the virtual and the real plots display fully overlapping and matching features.  The fact that neuronal decreases in impaired colons match Turing equations’s previsions points towards the human intestine (both healthy and sick) as colonized through a diffusive proximal-distal neural pattern that is predictable, allowing us to straightforwardly calculate the length of the gut to resect during surgical procedures for HD.

Here we provide an effort to physically correlate two underrated features of Alzheimer’s disease (AD), i.e., changes in brain tissue’s viscoelasticity and increased power in the low-frequency EEG bands.  Indeed, the brain displays less stiffness in AD than in normal individuals, making the brain of diseased subjects more “liquid”.  Because electric waves propagate more slowly in less solid mediums, we hypothesize that the EEG waves’ reduction detected in AD could be correlated with the pathological viscoelastic alterations of the impaired brain tissues.  We provide the mathematical apparatus to test our hypothesis, showing that the theoretically predicted electric oscillations’ decrease in less viscoelastic mediums matches the reduced stiffness detected in real brain tissues from AD patients.  We conclude with a testable hypothesis: the use of drugs able to modify and restore the proper brain viscoelastic features might provide a useful therapeutic tool able to quicken EEG electric waves’ frequencies, thus contributing to improve AD symptoms.