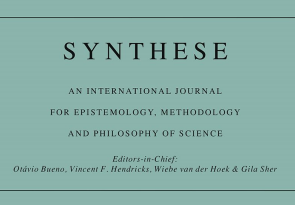 In this brief note, we cast doubts on the death of the great Hittite king Muwatalli II in 1272 B.C. Going through the prayer CTH 383 in which the king’s impiety against the priestess of the Sun-goddness of Arinna is emphasized and condemned, we argue that Muwatalli II was dismissed and killed: “he paid for it with his head”.  PDF

In this brief technical note, we propose a different interpretation of the renewed verse of Dante Alighieri’s “Hell”: “Amor, ch’a nullo amato amar perdona”. We go through the hypothesis that “a nullo” might stand from the Latin “ex nihilo”, which means “from nothingness”, and discuss the philosophical and textual implications of this novel account.

Richard Avenarius’ Kritik: a summary (the first in English, to my knowledge)

The French-Swiss Professor in inductive philosophy Richard Avenarius (Paris, 1843- Zurich, 1896) and also the father of empirio-criticism together with Ernst Mach, is one of the most underrated and misunderstood philosophers ever.  Nevertheless, influenced by the most innovative proposals of his times of transition between the idealistic/rationalist legacies and the new materialistic/scientific interpretation of the reality – i.e, by cultural evolutionism, linguistics, biomechanics, entropy/energy theories and, above all, by the newborn experimental psychology -, he produced a complete and innovative system of philosophy, aiming at investigate the laws of knowledge.  Chunks of his original ideas can be found not only in theories of mind/brain after him - such as Gestalt, phenomenalism, behaviourism, functionalism and cybernetics, autopoiesis, dynamical systems theory, embedded/embodied approaches – but also in current neuroscientific approaches – nervous transduction, electric spikes, neural code, multisensory integration, free-energy principle -.  Our aim is to provide the first chronological English summary of his masterpiece, the German-written “Kritik”, thus giving the possibility to the (almost) totally unaware English speakers to appreciate such a neglected and innovative thinker.  If he were alive today, I would have not agreed with such an oversimplification: indeed, the neologisms he used were partly necessary for the denomination of new phenomena, but partly resulted from the extreme care he took to prevent all possible changes as well in physiological as in psychological theories.  We however hope he will forgive us: a better comprehension of his theory will make him a favour.

The first Liston-Clay fight in 1964 is still highly debated, because Liston quitted at the end of the sixth round claiming a left shoulder injury.  Here we, based on the visual analysis of Sonny’s movements during the sixth round, show how a left shoulder’s rotator cuff tear cannot be the cause of the boxer failing to answer the bell for the seventh round.

Here we show how a recently-introduced method from algebraic topology, namely proximal planar vortex 1-cycles, might be helpful in detecting hidden features of the shapes and holes in images, therefore contributing to the solution of both cold and fresh forensic cases. In particular, we test the efficacy of this technique by assessing one of the most puzzling cases of recent history, i.e., Aldo Moro’s death. Terrorists of the Red Brigades claimed that they killed Moro when he was placed inside the trunk of a car,shooting him with a barrage of bullets. We demonstrate, based on the analysis of the photographs taken during the autoptic procedure, that the terrorist’s account does not hold true. Our results, showing different series of shots, point towards a three-step execution, with the first phases taking place outside the car. In conclusion, the novel forensic analysis method introduced in this paper permits the evaluation of a collection of vortex cycles/nerves equipped with a connectedness proximity, which makes it possible to assess unexpected spatial clusters in photographs.

The Figure below provides a synopsis of Scott’s last route in Antarctica. The picture is based on the diaries of the men who took part in the Southern Party (1911-12).
DUE SCRITTI SULLA MORTE DI ALDO MORO: disponibili su un importante sito sugli studi su Moro
Read more: https://arturotozzi.webnode.it/products/lomicidio-di-aldo-moro-la-versione-ufficiale-non-puo-essere-veritiera/
E
Website powered by Webnode
Launch your own website for free!
Start here